With a little help from my friends

You'd think it would be a fairly simple matter to get from Inistioge (County Kilkenny, Ireland) to Suquamish (Kitsap County, Washington), wouldn't you?

I research my transportation, buy air tickets... It's supposed to be the convenient way to travel. The last two times, though, for two different reasons, I'd had to get my tickets from Seattle to London instead of Seattle to Dublin, working out the London-Dublin part separately. The eastbound leg has gone ok each time, but getting back to Seattle last year starting with a commuter flight from Dublin to get me to the return half of my Seattle/London itinerary turned into a ludicrous string of hassles that left me stranded in London with no way home. Thankfully, two good friends - Kathie and Graham - lived an easy tube ride away from Heathrow. Their telephone, internet connection, printer, and fold-out sofa bed bailed me out of an impossible situation. The chocolate biscuits helped too :). The next day, a print out of my email confirmation of my re-scheduled flight failed to impress the airline's computer - no way would it issue me a boarding card - but the humans involved were able to give me a handwritten pass that got me across the ocean, as far as Minneapolis. There, what was supposed to be a short stopover turned to an hours long delay due to mechanical problems. By the time I finally reached Seattle it was past midnight, more than 24 hours after I'd been due to arrive, and too late to catch a ferry to the Kitsap Peninsula. Stranded again. Fortunately, I was just minutes away from another pair of wonderful friends - John and Lynne. And they have a couch, too! So I finished that journey two days late.

This year I was facing the same challenge of picking up the second half of a Seattle/London itinerary from Ireland. But since it had turned into such a drawn-out adventure last time, I decided to plan it that way from the start and make it fun. Couldn't just repeat last year's route, 'cause where's the adventure in that? And anyway Kathie and Graham had moved to Orkney in the meantime. But my friend Anneli had moved from Oslo to... you guessed... London! 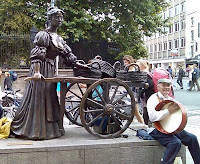 Mike had been suggesting for a long time that we should do a day as tourists in Dublin, since we never go there except to catch flights or ferries. So to start the journey, that's what we did. 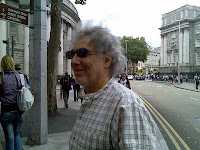 We wove our way through crowded streets, past many exceptionally talented buskers (and a couple not so), admiring the public art and architecture until we were exhausted, spent the night near the airport, and in the morning Mike waved me off on the next leg of the journey. 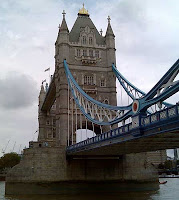 Anneli's house in London is an easy walk from the city center, and she is an excellent tour guide. I took more photos than I know what to do with.

Summer of visitors. Our turn to sit still a bit.

Apart from the two small tours in the UK this summer, we had a rare opportunity to stay relatively stationary and have the world come to our door instead. 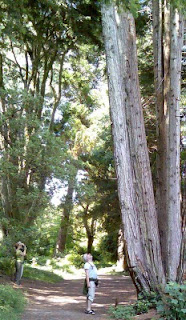 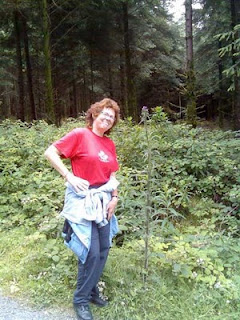 Left: Pip and Alison admire some of the very tall trees in the Woodstock estate.


Sue found a pretty tall thistle, too - about as tall as she is - on the trail up Brandon Hill.

Friends old and new came from England, Scotland, Canada and Italy, and we had a great time showing them around our corner of Ireland. Even found a few corners we didn't know about before. 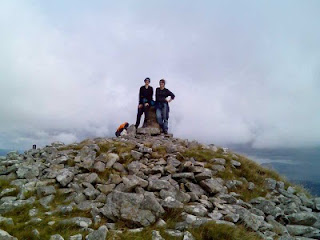 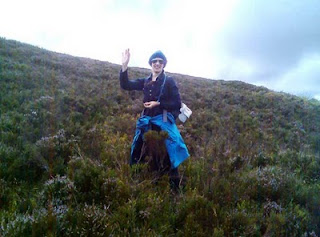 Left: Reia and I took our time getting to the top of Brandon.

There were many raspberries and blueberries to be eaten on the way. 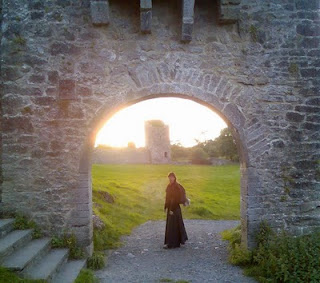 Mike and I hadn't been to Kells Priory in years. I always forget how spectacular it is.

We went twice this summer, enjoying both the ancient ruins of the priory and the not quite so ancient but still impressive mills and arched bridges nearby. 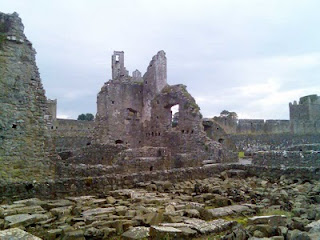 Not all of the fun was outdoors. The Phil Murphy Weekend was on down in Co Wexford while Toni and Michael were here. We caught, among other things, a set by L'Angelus - a truely charming and incredibly energetic young Cajun family band - before moving on down the road to join in a crowded session in a tiny pub well into the early hours of the morning. 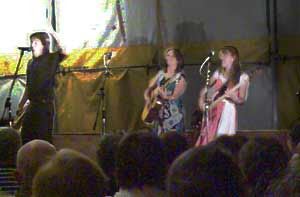 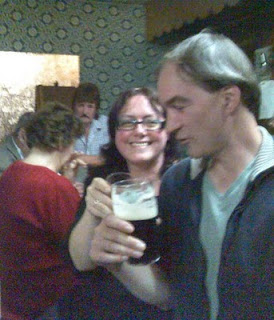 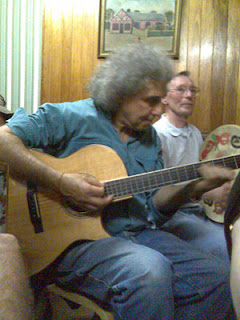 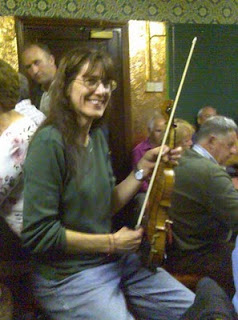 We also managed, somehow, to get some work done on our little stone farmhouse, and will be adding more photos soon on our web page: opland-freeman.com/inistioge
Posted by Tania at 1:58 PM 1 comment: