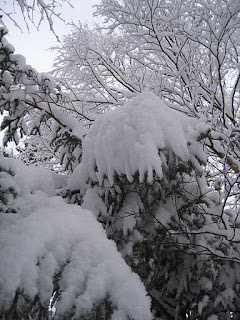 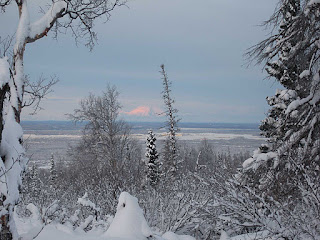 We've missed it the last couple of years. Though the week before Thanksgiving 2010 saw us covered in more Western Washington snow than we usually see, that 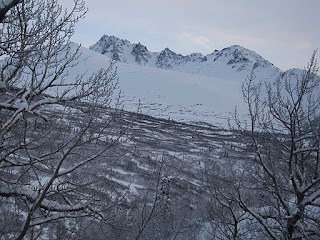 wet, slushy stuff is no substitute for the dry, crystalline faerie dust we're used to drifting through in Anchorage. And although there was always some white stuff on the ground during our Alaskan winter solstice homecomings, its hold seemed tenuous, with bare ground threatening to reemerge from under the seasonal carpet of white. 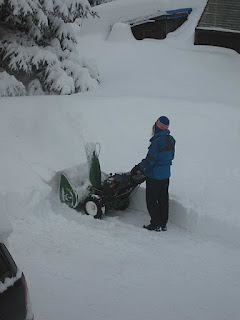 Not this year. The world was well blanketed when we arrived in mid November. More snow arrived soon after. One forceful windstorm blasted in a wave of rain-soaked warm air early in December, leaving us mired in a foot-deep layer of slush, which then re-froze to a thick base of solid, rutted, slippery ice. The next covering of snow couldn't come too soon after that! And then came another. And another. And another... It got to be habit to allow time in the morning for snow removal, and the first reflex when we woke up was to look outside and see how much had fallen overnight. If it looked like more than six inches, then the first job after breakfast would be to fire up the snowblower. 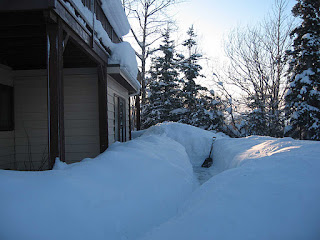 Mom's usually the first out the door to go and get the newspaper. She started almost every day shoveling away the snow on the front step and walkway. Even mornings without new snow, these sparkling, dry snow crystals fly on the lightest breeze, forming drifts everywhere. Whenever Mike and I were running the snowblower, Mom grabbed a snow shovel to lend a hand. No amount of telling her that we could do it all more easily with the 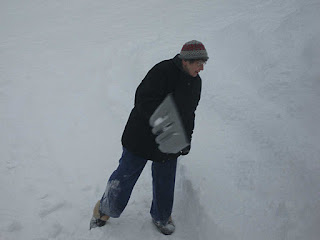 machine, and that she should go back to her coffee and newspaper in her comfy chair would dissuade her. Well, I have to respect her resolve to keep getting as much exercise as she can. But she could at least have stopped to put boots on, instead of coming out in her slippers! 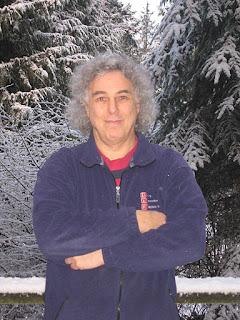 We bade a sad farewell to all that lovely snow, not expecting to see any more after leaving Alaska. But Washington had a surprise for us this weekend! Ok, so it's the wet, heavy, Pacific Northwest stuff, but it's still pretty.
Posted by Tania at 1:04 PM No comments: