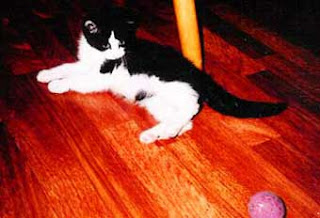 Late last July, after I flew back to the States, Mike went to a Sharon Shannon show ­– part of a festival down on the coast in Co.Wexford. When he phoned the next day, I heard very little about the performance, but all about an injured stray kitten he found in the car park during the concert. He’d have brought it home if we didn’t live such a transient life, but we do, and there’s no point taking in animals that you won’t be there to take care of. After a bit of asking around, he was directed across the street to Mona’s house– the unofficial sanctuary for homeless cats in Carrig-on-Bannow.

So little “Mikeen” found a new home. The injury turned out to be just some sort of sprain or strain, and he recovered quickly. Mona sent us pictures of the little guy and kept in touch. The months have passed and he’s now a grown-up respectable cat. Which is not really much different, is it? 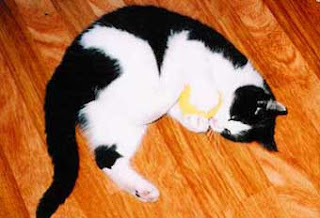 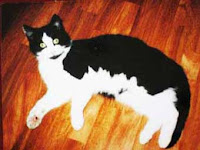 Now we’re back in Ireland, we went for a visit. Mikeen was shy, and wouldn’t come see us (Mona got him in the house for about 2 seconds by bringing his food dish into the kitchen), but we did get introduced to kittens from two different litters that she’s pretty sure he’s responsible for. 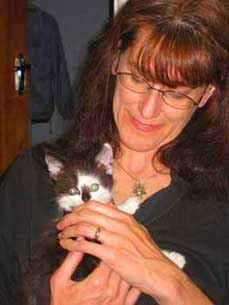 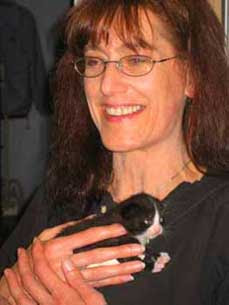 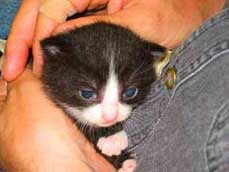 Mona calls these our grandchildren. Hmm... 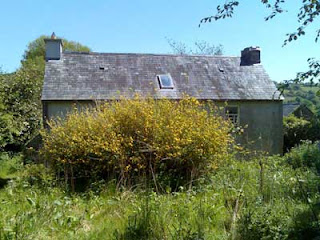 My main job since we got back to Ireland has been clearing weeds. I haven't even gotten to the back yet, but I did go around to take this picture of the back of the house with its one new chimney.

This was hardly a typical day in Ireland (it didn’t rain at all) and when it’s like this it’s hard to resist taking loads of pictures. So I thought I’d turn some of the pictures into sort of a photo journal, to share a little of our life here with those of you who haven’t been to see it for yourselves. 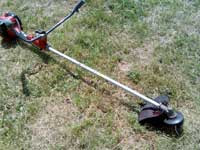 Here’s the machine. It’s heavy, so I wear a harness to support it – which makes it easier to handle than the little electric one I have in the States - and protective gear to try to work safe. Not enough, as it turned out, but I’m not sure what you can wear that’ll protect you from getting splattered by giant hogweed. (sigh) I’m using LOTS of aloe on the burns, so I hope the scars will fade eventually. The one on my arm from last year is almost gone. Won’t be whacking any more of that now we know what it is. 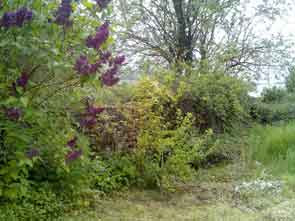 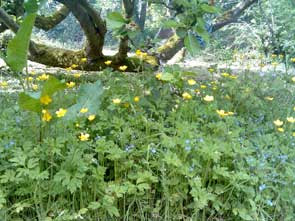 Got most of the way down to the little strip of garden along the bottom edge of the yard; the rest needs doing by hand, which means it may be awhile! I’m usually ruthless with the weeds in the orchard, but one little clump of flowers was spared this time. It was the forget-me-nots that got me; it’s been years since I’ve been in Anchorage at the right time of year to see them, so I’ve kept this little patch of Alaska in Ireland. The buttercups sort of spoil the Alaska effect, but they’re pretty, too. 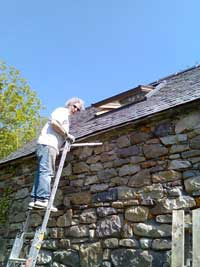 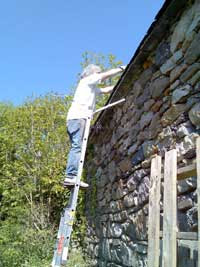 Went around to see how Mike was doing with his roof repairs (our canvas carport blew off its moorings while we were away, and punched several holes through the slate roof). The problem with having so much work to do on every front is that you never get to just be an observer. There’s always some way a second person could be helping, even if it’s only weighing down the bottom of the ladder to stabilize it. 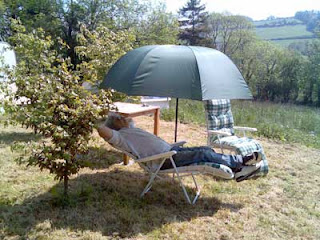 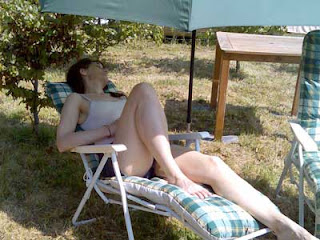 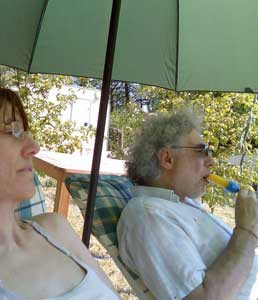 Eventually I got back to cleaning the brushcutter, and Mike finished the roof, and there really wasn’t enough of the day left to get stuck into more big jobs… but there was enough sun left to get out the loungers and take advantage of some of the mowing Mike did earlier. He even had the foresight to freeze some orange juice for the occasion.

Just in case there’s any doubt about Mike having earned that ice lolly, let me show you a couple of photos of our house for comparison. One’s from a couple of years ago and one’s now: 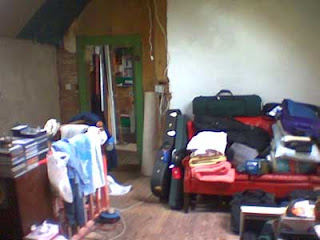 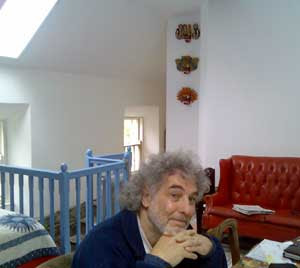 To cap off a great day, we went out to two sessions in the evening – an early one that turned out to be just us and a couple of good friends we enjoy playing with, and then one that was a good crowd of local players.

It was another late night, and a good time was had by all.

Visit our farmhouse restoration pages to see the big story that this little vignette fits into.